StoryWeaver celebrated 2 special milestones on May 29:

A big thank you to our wonderful community for being such an integral part of what we do. Authors, illustrators and publishers who have open-licensed their content at scale. Linguists and translators who have introduced us to new languages. Educators, parents and storytellers around the world who have welcomed us into their reading routine, and into the hearts of their children.

Here’s to the next 5 million reads, and nurturing the next generation of readers. 💛

Aboli Chowdhary is a Spanish teacher and StoryWeaver Language Champion. She has translated over 30 books into Spanish. We reached out to her to come on board to build curated lists of Spanish resources that are particularly in need to keep children engaged, while they are away from school due to the ongoing pandemic. Aboli instantly agreed to help us.  Read this piece by Aboli, where she shares her thoughts on translation and her experience using StoryWeaver’s Translate tool.

Hello, I am Aboli Chowdhary from Pune, India. I am a Spanish teacher and freelance Spanish translator. I love travelling. Although I was born and brought up in Mumbai, I got opportunities to live in cities like Bangalore and Vizag (Visakhapatnam).

Do tell us  about your relationship with Spanish - what drew you to learning the language, and then teaching it?

My relationship with Spanish goes back to 2014, when I ﬁrst started learning Spanish. I must mention here that it was by chance! After working in the demanding retail sector for a few years, I wanted to learn a new language, and Spanish seemed to be one of the languages of the future, considering there are almost 420 million Spanish speakers spread across 21 countries! After completing an advanced diploma in Spanish, I wanted to stay in touch with the language and practise it, so  I started teaching. 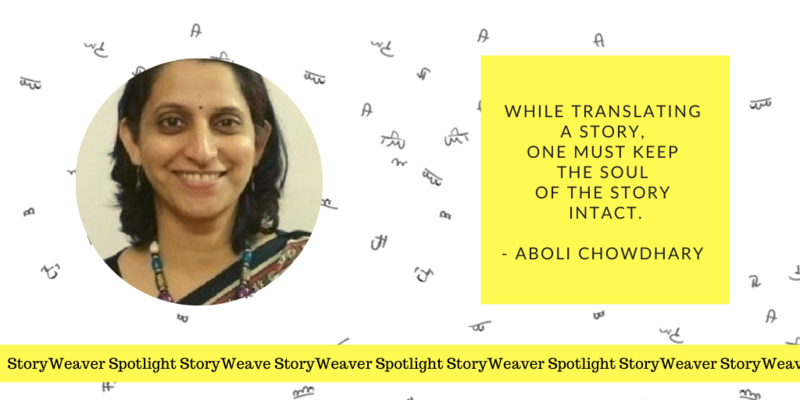 What is your experience of teaching children a foreign language and translating for children?

It’s fun teaching any foreign language to children! They are curious to learn not only the language but also its culture. And that, in my opinion can be best explored through stories.

One of the biggest challenges while translating a story is ‘keeping the soul of the story’ intact. One has to be very careful in choosing colloquial expressions, while at the same time promoting cultural exchange.

When you have been given a picture book to translate, what is your process, and how long does it usually take? How was the experience of translating on StoryWeaver?

My experience with StoryWeaver has been wonderful thanks to the friendly interaction with its members and their prompt technical support.

For translation, I generally re-read the story and try to understand its core values and message. The next step is to ﬁnd the apt expression in Spanish and then translate. I found some of the stories like ‘Ammachi’s Amazing Machines’ challenging while translating the sound words into Spanish. But at the same time, while translating stories like, ‘The Rainbow Sambar’, I had to maintain the ‘Indian essence’ by using local language words with an explanation.

Luckily, the time taken to translate the stories got reduced due to the available translation draft. I used this feature on the StoryWeaver platform for translating several stories and made the necessary changes to the words and expressions.

How do you approach translating the storybooks across varying Reading Levels?

Reading levels are based on the exposure to the language, rather than just age of the reader. Keeping this in mind, I use simple and easy words with occasional sound words for the earlier levels.

What are some of your favourite books from childhood? Is there any memorable reading experience that you would like to share?

We are so grateful for your contribution towards Spanish content on the platform, especially during these difficult times when there is such a need for children's reading material. Thank you for sharing the joy of reading in Spanish!

I believe that the potential of this platform is tremendous, especially since the COVID-19 outbreak. I strongly recommend reading books on this platform.I want to translate more stories into Spanish soon. So, ¡Nos vemos pronto! (See you soon!) :-)

A big round of applause to all the participants for the fantastic response to our contest Retell, Remix, Rejoice 2020, which aims at finding and encouraging translation talent in 10 languages: Bahasa Indonesia, Chatino, Gondi, Gujarati, Hindi, Kannada, Malayalam, Marathi, Tamil, Telugu, and Vietnamese.

We are delighted to introduce you to the wonderful judges - we are incredibly grateful to them for lending us their expertise and time. 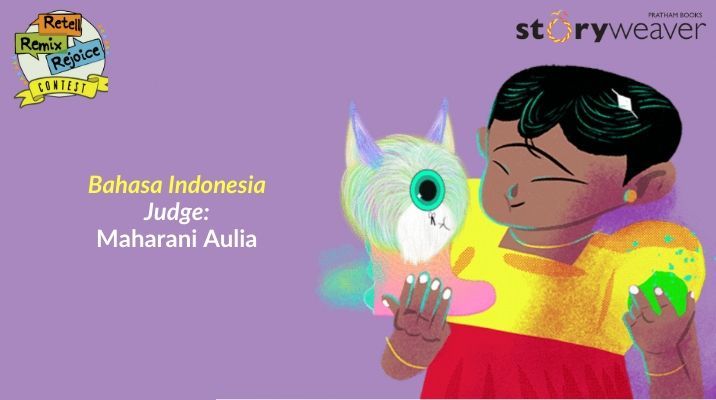 Maharani Aulia has written dozens of stories and translated over a hundred titles from English to Indonesian. Her works have been featured in local and national media, and published as books. 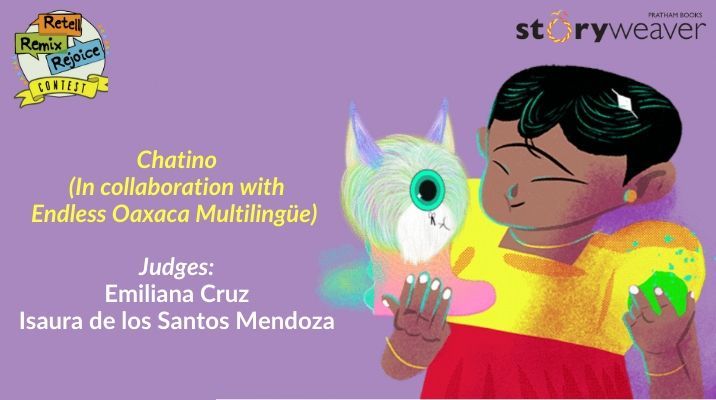 Emiliana Cruz is a linguistic anthropologist originally from Cieneguilla, San Juan Quiahije, Oaxaca, Mexico. She earned her doctorate in linguistic anthropology from the University of Texas at Austin and is currently a professor-researcher at [CIESAS-CDMX]. She has conducted research and field work in the Yakima Valley (Washington State, USA) with young day laborers; in the Chatino region in Oaxaca; and Chiapas. Her lines of research are diverse and interdisciplinary, standing out mainly in the field of education, linguistic rights, territory, documentation and linguistic revitalization. She has received the Distinguished Award Community Engagement Award from the University of Massachusetts. Her work is distinguished by a wide experience of community collaboration, and is also part of the collective "Dialogues between Indigenous Academics". Her recent publication "Let's prevent our future from slipping out of our hands: Tomás Cruz Lorenzo and the new Chatino generation ” was the result of a Chatino collective project.

Isaura de los Santos Mendoza is originally from San Miguel Panixtlahuaca, Juquila, Oaxaca. Her passion is teaching and translating texts into the Chatino language.She is currently a PhD student at the University of Massachusetts, Amherst, and her project focuses on the literacy of the Chatino language. She also works on collaborative projects for the documentation of Chatino, where she develops texts and materials on the grammar. 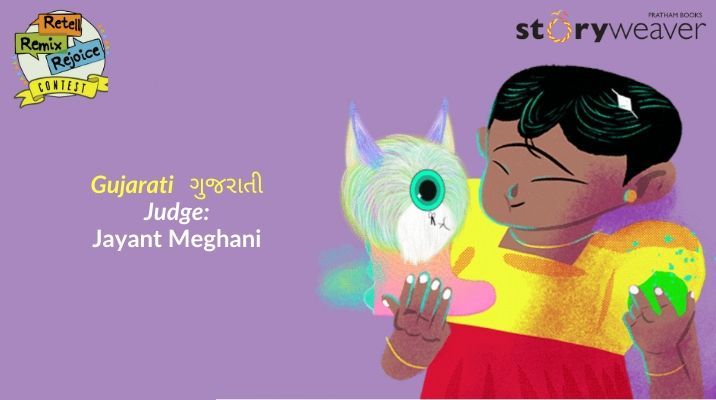 Jayant Meghani has a postgraduate degree  in librarianship from the M.S. University, Vadodara. He was a librarian for eight years, before starting Prasar, a bookshop  that continues to run. He also works as an off-site editor-translator with Navajivan, Gandhiji's publishing house in Ahmedabad. 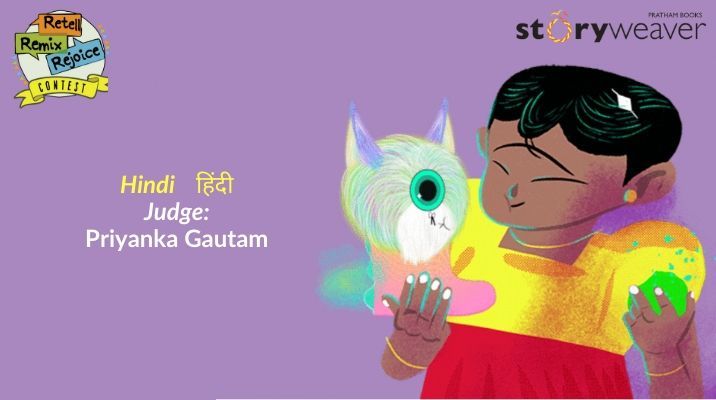 Priyanka Gautam is a Hindi translator and research scholar. She has translated many books with multiple educational organisations. 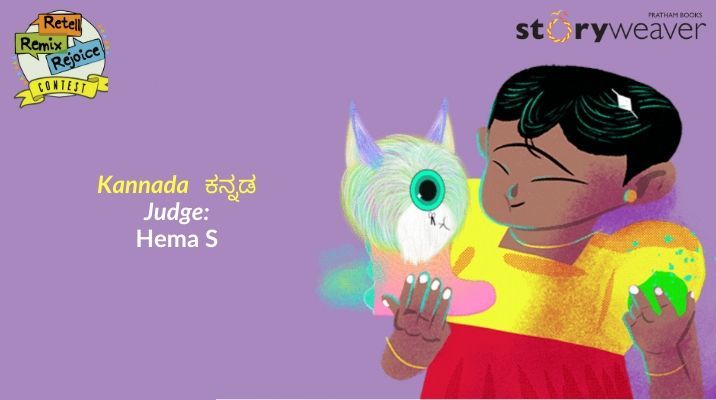 Hema S has translated articles, stories, and poems from Hindi and English to Kannada. Her translated works have appeared in popular Kannada dailies like Prajavani, monthly magazines like Mayura and Kasthuri, and online literary portal Kendasampige. She is known for translating Akira Kurasova's autobiography to Kannada, and the same has been published episodically on Kendasampige. Hema's published Kannada translations include Abbas Kirasthomi's poems collection titled "Hesarillada Hoo" by Sanchaya Publishers and "Uriva Banada Kogilegalu", published by Srushti. 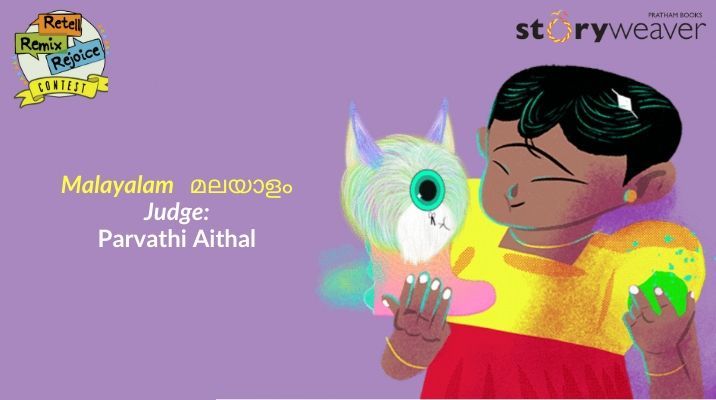 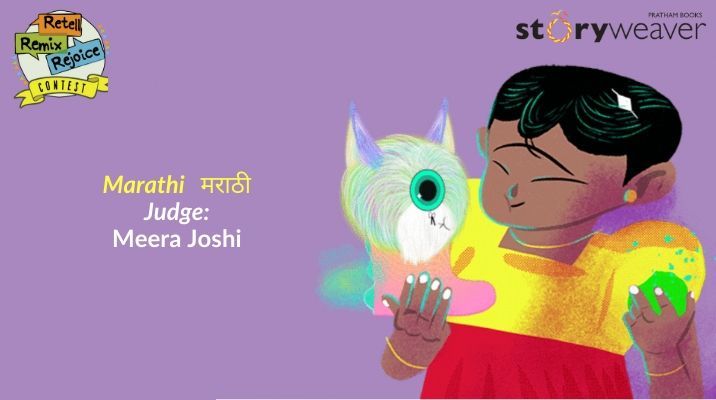 Meera is a veteran journalist and  has been associated with Pratham Books as a reviewer and Marathi language expert for a long time. 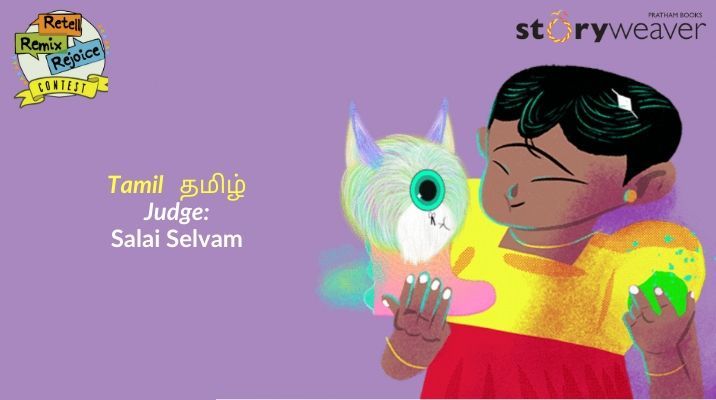 Salai Selvam is a Tamil writer, interested in education, childhood studies, and children’s literature. Her writings have appeared in several Tamil feminist journals and newspapers. For over three decades she has been working on literacy and gender issues in rural India. Currently, she is with an educational foundation that supports teacher education. 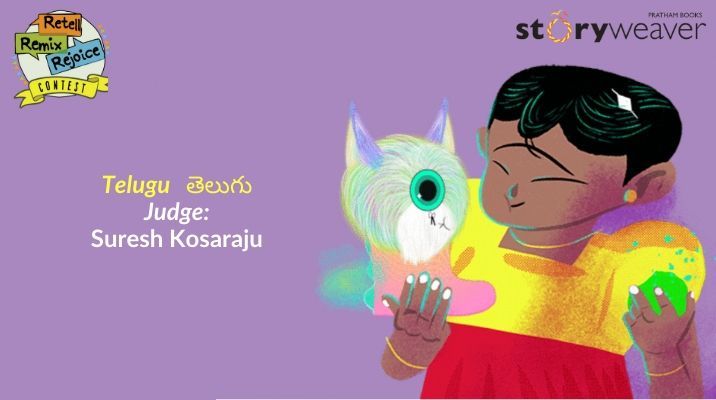 Suresh is the editor at Manchipustakam where he manages translation, editing and publication. has been associated with Pratham Books as a Telugu language expert for many years.

Stay tuned for the results of Retell, Remix, Rejoice 2020!

The winner(s) will have a one-on-one mentoring and feedback session with an editorial expert. The winner(s) will also receive a print copy of the translated book (only for participants based in India), and the winning translation will be published and highlighted as a Recommended title on StoryWeaver.

Illustrations by Aindri C, from Shoecat Thoocat, written by Shalini Srinivasan and published by Pratham Books.