In praise of translation… and translators

Amelia Bonea is a Research Fellow at the University of Heidelberg and author of the book The News of Empire: Telegraphy, Journalism, and the Politics of Reporting in Colonial India, c.1830-1900 (New Delhi: Oxford University Press, 2016). Originally from Romania, she has lived and worked in Japan, Australia, Germany and the United Kingdom. When not engaged in academic research, she likes to read and translate children’s literature, most recently on StoryWeaver.

I recently read Herta Müller’s ‘The Space between Languages’ on Asymptote. It is a speech about translation and translators she gave in Prague in 2012. It is also a speech for translators, more specifically for the writer and journalist Radka Denemarková, who translated some of Müller’s work into Czech. People tend to like—or, indeed, dislike—Herta Müller’s writing for a variety of reasons, but one of the things I always admired about her is her seemingly effortless ability to make you look at words (and worlds) from surprising new angles. For instance, this is Müller on her experience of learning Romanian as a fifteen-year old recently transplanted to town from her dialect-speaking German village:

When your surroundings only speak what you can’t speak, you listen to the language along with the whole region. And if you stay long enough the time in the region learns the language for you.

In her Prague speech, Müller confesses that she ‘wouldn’t dare to translate, although [she is] fluent in Romanian’. But for me, Herta Müller is, despite her statement to the contrary, exactly that: a translator of words, languages, emotions, experiences, histories. I don’t think she can escape that predicament: it is inseparable from the experience of learning a new language. Learning a new language isan exercise in learning to translate. Learning to live in a different country, under a different political regime, like Müller did, is also an exercise in learning to translate.

I was reminded of this in the course of conversations with the translators who helped my own story to find a voice in other tongues. Last year, when I was still working for the ‘Diseases of Modern Life’ project at the University of Oxford, I collaborated with the StoryWeaver team to publish a small illustrated book about the history of telegraphy. It was an attempt of sorts to translatemy academic research into a register that would appeal to an audience we often forget to engage: children. The Magic Mango is now available in five Indian languages - Bengali, Hindi, Kannada, Marathi and Tamil - in addition to English, French and Romanian. It was recently read at a popular event at the local library in my hometown in which children aged 6-12 also learned to translate their messages into the sparse language of the Morse Code. 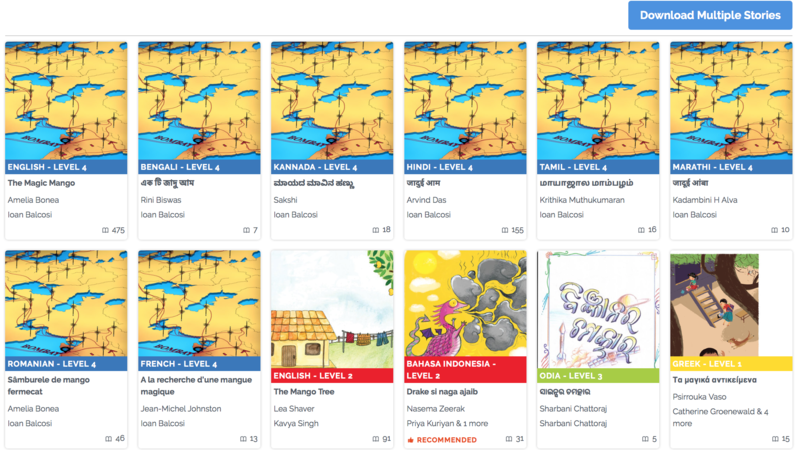 I asked my fellow translators to share some of their experiences of translation with me. As I was reading through their responses, I realized there was a common thread that ran through them. They all spoke about translation as a string of conversations: with themselves, with others, with the past, even with technology. A string of conversations whose aim was to produce a text that would ‘sound well’ in the target language, while also remaining faithful to the English original.

Arvind Das, who worked on the Hindi translation, read the story aloud to his daughter and used her reactions as a guide. As a journalist who works in English and Hindi, Arvind is a seasoned translator. One of his main concerns was to find age-appropriate and culturally sensitive language to match the technical vocabulary of telegraphy. This included words like ‘message’, ‘clerk’, ‘engineer’, etc., which, he felt, children nowadays were more likely to use in English rather than their Hindi equivalents (‘sandeśa’, ‘kirānī’ or ‘abhiyantā’).

Jean-Michel Johnston’s translation into French also drew on conversations with members of his family - in this case, his mother - but in the end he settled for a different conclusion, namely that the latest linguistic fashion might not necessarily be the most aesthetically pleasing one. Jean-Michel’s discussions with his mother revolved around the choice of vocabulary and tenses: should the story be translated into the ‘passé simple’, the tense of his own childhood’s stories and indeed, how he had been taught to write in school, or should it be written in the ‘passé composé’ which, his mother argued, is being increasingly used nowadays, in an attempt to simplify the language? In the end, it was the former option that won this linguistic battle. Why? Because the ‘passé composé’, said Jean-Michel, made ‘everything sound so jilted, bitty, stunted and … difficult to alternate in the chronology/timeline of the story’.

The old - this time in the guise of technology - was also present in Sakshi’s account, who translated the story into Kannada. Once she was done, she tried to type it out, only to find ‘that neither of the two dominant Kannada softwares currently used can be installed on Mac’. She ended up using one of the online platforms available, gradually teaching herself to type in a language in which she was only used to writing. Sakshi’s other concern was about translating place. The original story is set in Bombay/Mumbai, but ‘the language [she] was using for the description of mangoes, the communication between the child and the clerk, and a few other minor details made [her] feel as if they were located in a smaller town’. As she put it, ‘It [was] more to do with processing the narration within my head in the presence of my native language, which made me “see” the story in a different place’.

Finally, Krithika Muthukumaran’s account of translating the story into Tamil suggests that translation can also mediate a different type of encounter with the past, one that has potentially therapeutic effects. In her case, it was her grandmother who helped her navigate the space between languages by scrupulously checking and commenting on each of her paragraphs. As Krithika wrote, ‘[Grandmother] said it made her feel young, helped her exercise her mind…’. And the best bit of all? It seems that her grandmother is set on continuing her translation career with StoryWeaver. 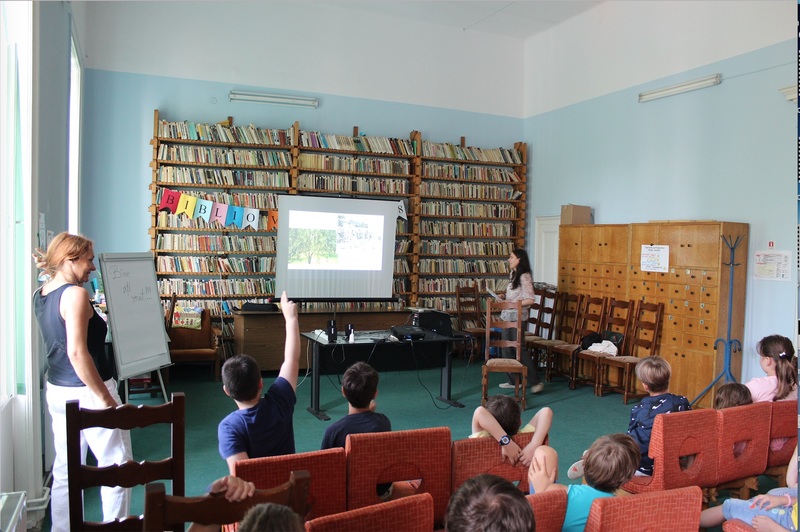 Perhaps the lesson to take home from all this is that translation is emotional labour. Perhaps Herta Müller is right when she says that, for her, ‘the criterion of a text’s quality has always been: does it bring about a silent disconnection in the head. Every good sentence flows to a place in the head where what it triggers speaks in something other than words’. As translators, we pull words apart and then we try to rearrange them again to recover that ‘disconnection’ for a different audience. Undoubtedly, some things get lost in this process. But a good many others are gained.