Settle down for this long read by Nkem Osuigwe (PHD), director, Human Capacity Development & Training, AfLIA on how the teams of librarians and communities from different parts of the African continent came together to work towards their goal of creating hyperlocal digital libraries for African children in their mother tongue languages.

The African Library and Information Associations and Institutions (AfLIA) believes that building a strong library sector in Africa is necessary for overall development. Working to increase the literacy rate of Africans has been pinpointed as most essential as it equips one with the skills to learn and gain access to information that leads to individual and community transformation. Literacy is the foundation of all skills for a better life. Most importantly, literacy enables people to play significant roles in the development of their community and country.

The African Union 2063 Agenda has as its fifth Aspiration, the building of strong cultural identity for Africans. This ties in with another strand of literacy as is pursued by AfLIA. Literacy takes on another hue of great importance when it leads to the building and strengthening of cultural identity for participation in cultural and social activities. This can only be achieved through gaining the ability to learn and communicate in one’s mother tongue. As children grow up all over Africa, the mother tongue is most largely the first language for communication and understanding of concepts. If they read books in local languages they will be familiar with many concepts in the language they are familiar with. This makes it easier when they encounter such or similar concepts in the official language either in schools or when they study independently. Most importantly, when children are given books written in their mother tongue, it assists in creating the perception of reading as a normal process because it is in a language that they speak and understand in everyday interactions. This has great potential of building strong reading culture across Africa.

The high availability of smartphones and the growing internet penetration in Africa has made it imperative for African libraries to offer print books as well as ebooks. There are a few online platforms where libraries can easily access and use ebooks for children in local African languages. When I met Pratham Books’ Story Weaver online, I was curious. The creative commons platform has quite a number of colourfully illustrated and easy to understand children’s books that one can read online and store offline for future uses. The books though mainly written by authors from another continent have knowledge that African children need – building relationships, honesty, forgiveness, respect and love for other human beings, stories about nature (flowers, insects, weather/climate, human body, planets and geography) as well as books that promote arts and craft. The stories on the platform that amaze me most are those that have the capacity to build the curiosity of children about science, inventions, calculations and naturally occurring phenomena. The platform also has stories for children written by Africans. I reached out and StoryWeaver was and is still there for me!

How we did it

The StoryWeaver Team and I talked about translating the books into local African languages. It is estimated that Africa has between 1,500-2,000 languages. How do we do it? AfLIA got together a group of Master-Trainers. The training was done online. Network interruptions were much that day and our Team was made up of librarians from Ghana, Kenya and Nigeria listening and watching a StoryWeaver language editor from India share her screen! Practice on what we learned was done individually. There was a hiatus. 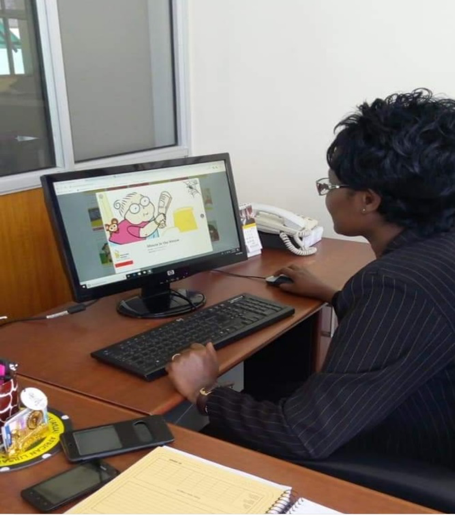 m To Read 2019 campaign with training thrown in. Building the capacity of African librarians to provide 21st century information services is one of the core thrusts of AfLIA. That was done and we got in! Choosing an indigenous language from Africa was difficult. Also, AfLIA always strives to create a balance between the regions of the continent in whatever it does. However, we needed librarians from the different regions to commit to translate the books. Eventually we settled for Ewe, Fante, Hausa, Igbo, Isixhosa, Kikuyu, Luganda, Swahili and Yoruba languages and dialects. Librarians were trained in batches and individually online. Prompts and slides were also shared to guide the translation.

How we hacked it 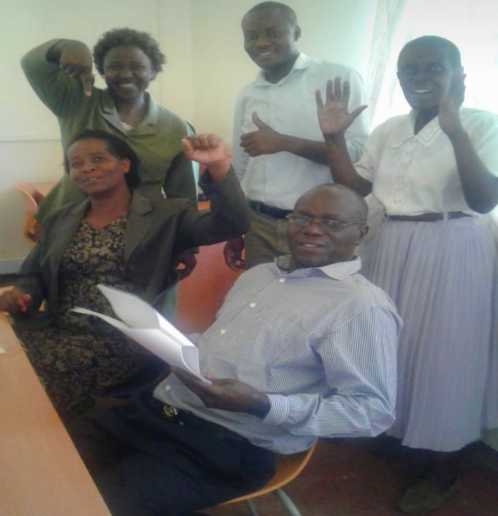 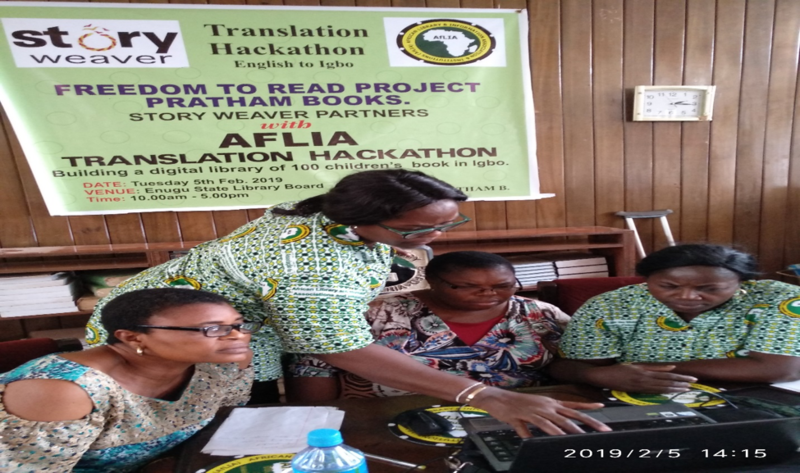 at the translations have accurate or near-to-accurate meanings especially with languages that are tonal where one word can mean different things depending on how it is said or other words around it. Also, we noticed that some words do not have direct translations in some of the local languages. Having a Translation Hackathon enabled each language team to crowdsource solutions to such a word. Some decided to translate the word as it is pronounced locally, while some decided on compound names that explain the words. The Hackathon also drew the attention oflibrary users to the fact that new ebooks were coming in for the children.

Let's get them reading

AfLIA has drawn up plans to have a continent-wide reading promotion ‘Read Africa Read’ with the same book titles across the different countries. The translated books will quicken the pro 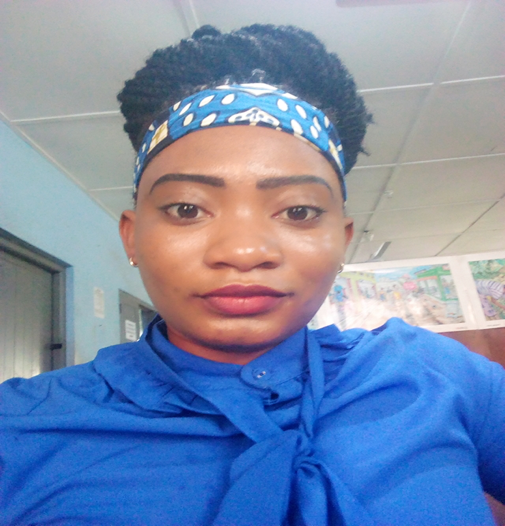 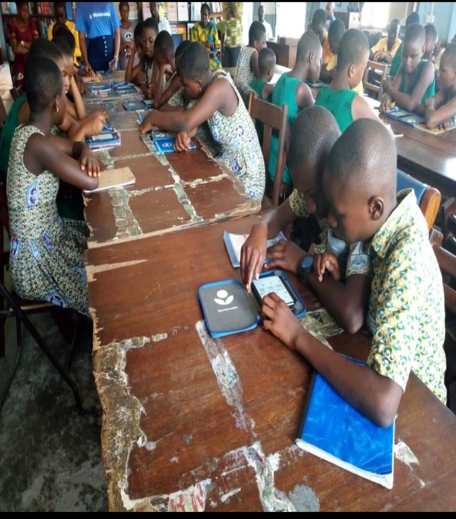 anslated. Individual libraries will use the books for their story hours. A librarian in Kenya National Library Services Millicent Mlanga plans to use the books to bring in the out-of-school children and adults who cannot read in English. She believes that the books will spur this group of people into learning how to read and write. According to her ‘these are new sets of books available with a click…,no budgets, approvals waiting, blah blah as kids thirst for new titles’. Already, the Ghana Library Authority has downloaded a book translated into Ewe in the e-readers in the Library and read it aloud to children on the World Read Aloud Day to children.

Presently more than 200 books have been translated across the languages. We are still going on with the translations. French speaking West Africa librarians have asked that they be trained so that they can translate in Fulfude, Jula and Wolof. We are working on that. Some teams are slower than others but we will all certainly get to the goal of having digital libraries of children’s books in African local languages! 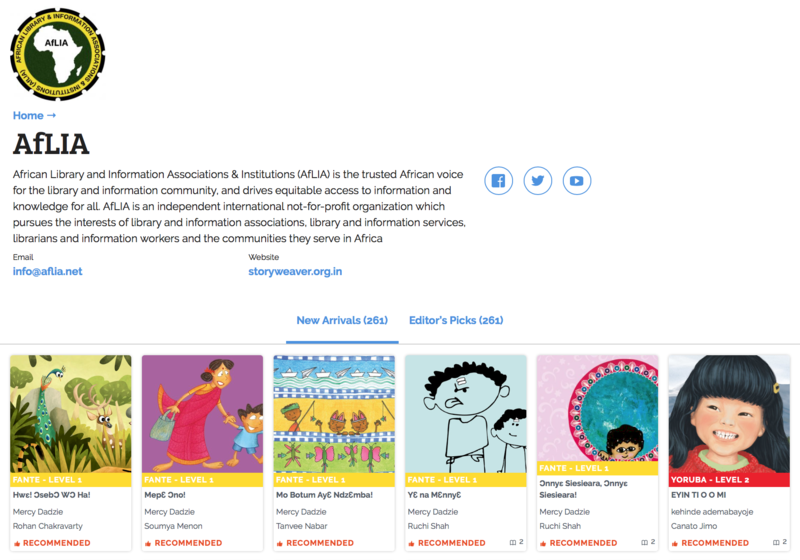 Head over to here to read the stories translated from Team AfLIA.