In the last year Pratham Books’ StoryWeaver platform has scaled up its offering of joyful multilingual books for children. One of our content streams headed by Bijal Vachharajani is creating 50 brand new books every year. “It's a tall task, one as gigantic as Hagrid!” shared the Potterhead. “Conversations with Outreach partners told us that we needed more engaging level 1 picture books to take to the youngest children. We also wanted to find new writers to work with.”

The editorial team was wondering how they could reach out to new authors who could write Level 1 picture books that used sound and action, which are always popular with young readers and educators alike. That's when wedecided to reach out to the children's theatre community. After all, who better to collaborate with than professionals who have spent much of their career writing, directing and acting in plays for children? 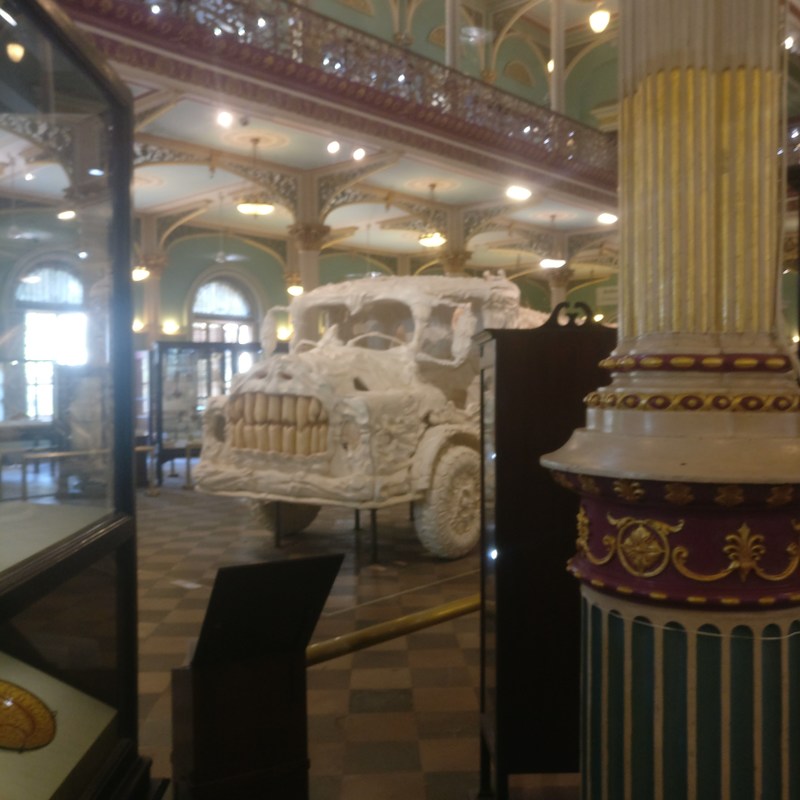 The venue for the workshop was the wonderful Bhau Daji Lad Museum, Mumbai.

Pratham Books Editor Shinibali Mitra Saigal, one of the founders of Kahani Karnival, reached out to her extensive network of writers in theatre. She also stepped in to curate the workshop.

“I think it's important to spread the net when trying to catch new writing talent. By focusing our attention on people with a specialised set of skills, and then guide them to picture book creating, we can make books that use their skills. In this case, it was a strong connection to what children find exciting and a good sense of sound, action, dialogue and dynamic storytelling” said Shinibali who kept in mind diverse skill-sets and an ability to accept feedback and change when choosing particpants. Shinibali’s handpicked group included a perfect blend of people like Sananda, Timira and Preeti who had created plays and scripts in schools for years and who were also very well-versed with picture books.

Authors like Neha Singh and Chatura Rao (winner of the The Hindu Good Books Best Picture Books award 2018) and playwrights like Akshat Nigam who recently won the Hindu best playwright award along with a colleague. Much loved theatre group Gillo Gilehri was represented by Janit and Yashoda. Actor and theatre instructor Lovleen Misra who has a rich background in theatre and television brought her own unique flavour to sessions. Bilingual Shawn Lewis is a strong believer in the idea that sounds rule a script while Shivani Tibrewal who has been teaching children to create scripts and plays loves the idea of whimsy.

Author Chatura Rao was keen to attend the workshop as  “Workshops like this help a lot in peer-exchange of ideas.”

Over one-and-a-half days, in the leafy environs of Bhau Daji Lad Museum, a team comprising of Bijal, Shinibali and Assistant Editor Aparna Kapur deconstructed picture books for the participants of the workshop and played games to understand ideas of children's narrative. One of the activities asked the group to split into teams and prioritise what they felt was important in a picture book, using chits of paper that had pre-written statements like ‘A picture is worth a thousand words’ and ‘Picture books should not talk about death, depression and sex’. The teams then had to explain why they chose to order the statements as they had.

Participants talk about writing for children:

“The idea to invite Natasha Sharma for the workshop was very clear. Natasha has written a bunch of books for children which elicit a great deal of excitement and joy. Having attending a number of her sessions, I have seen the queries and the laughter elicited by her books.” said Shinibali. “During her session Natasha took all the participants through the creation of a book. She shared her process and was honest about the things that have worked and have not. She also spoke about how she has evolved as a picture book writer over the years. She stressed on the importance of  brevity and cautioned writers against running away with words, and letting the illustrations do the talking. I think that was a very illuminating point for most first-time writers.”

As playwrights, the participants understood the writing process but many of them didn't know what happened to their story once they had written in. Tanvi’s session then looked at the same process of creating books for children but through the lens of an illustrator.

”While making picture books, writers and illustrators are co-creators, so getting an illustrator to talk to the participants was essential. In addition to explaining her own process, Tanvi went into the details of how an illustrator would approach a project in circumstances in which she's involved from the beginning versus one where she receives a complete manuscript, how an illustrator deals with detailed visual notes from the author versus none at all.” Aparna  shared.

Tanvi answered the writer’s questions on how involved writers could and should be during this part of book creation, how much of their characters' final look they could imagine, and how the text sometimes has to change  once the illustrations are done.

Before the workshop began, all the participants were sent a list of themes and ideas to think of potential story ideas around. Post lunch on day 1, the writers shared their story ideas with the group and editors. Their homework for the evening was to take on board the feedback they’d received and write a first draft.

Lovleen Misra’s poetry had the group laughing and sighing in equal measure.

Day two started with each participant taking their first draft to an editor for a one-on-one feedback session. This soon morphed into a freewheeling discussion with small groups sitting under the trees that are spread across Bhau Daji Lad Museum’s courtyard.

Sure the writing was great, the coffee was good and the lunch was amazing - but the real highlight of the workshop was when the kids arrived! One hundred feisty, energy-filled kindergarteners from the Sai Baba Path School, Parel brightened up the afternoon with their presence. The kids were there to listen to the authors narrate their ideas which was the real litmus test for their work! Each author took on a group of students, and regaled them with songs, activities and of course, stories!

The workshop wound up with a quick recap of what would happen next, before we bid adieu to the writers, excited about the prospect of fresh stories arriving in our inboxes!

Aparna admitted that her initial apprehensions about the workshop had disappeared. “I was tentative about the workshop because it was the first time we were experimenting with such a format. But at the end of the two days, I was delighted! We'd met a group of people, both smart and humble. They were keen to learn a new skill, and understood what children enjoy, better than most people do.”

“We managed to bring together a bunch of whimsical, creative and slightly off-kilter people who love children and get them to create words\ideas that children will love.” said Shinibali.

We’ve been receiving scripts every day and are confident that we have some real winners on our hands.

Here's a quick look at what happened over the two day workshop.