How and why I wrote a Bounce. 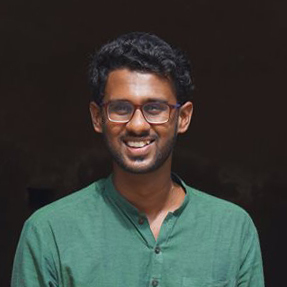 C G Salamander is a writer and comic journalist who lives in Chennai with his dog Hazel. He's currently working on completing his first children's novel. He has guest edited and written books for Pratham Books.

If you’ve ever played with a crazy ball, you’ll know just how hard they are to control. If you haven’t played with one, I highly recommend you do, because there isn’t a better feeling in the world than watching a ball bounce back and forth between the floor and the ceiling.

The day I bought my first crazy ball was the day my brain flew out of my ears -- BECAUSE IT ABSOLUTELY BLEW MY MIND! Pretty much my entire class collected crazy balls, and we often had competitions to see who could bounce them the highest. Granted, we did break our share of bulbs and tubelights, but on the bright side it led us to “Ultimate Craze” -- a sport that I pioneered along with a bunch of other class 7 students. The aim of Ultimate Craze was to bounce the ball as high as possible, which often meant dropping them from our classroom corridor -- located on the 3rd floor. Remember when I told you that watching a ball bounce between a floor and ceiling was the best feeling in the world? Well, that might have been hyperbole. But bouncing a crazy ball from the 3rd floor isn’t! Because I swear to you, I once bounced a ball almost as high as my school! And it remains the proudest moment of my life till date. But needless to say, I took things a bit too far, and had to stop when my mom threw out all 20 of my prized possessions for allegedly breaking things around the house. She said that they weren’t called crazy balls because of how high they jumped, but because they were driving everyone mad.

Gratuitous though it may seem, that anecdote was part of the reason why I wrote Bounce. Kaayal, the protogonist of the book, loves her new toy and simply can’t stop playing with it. But unlike me, Kaayal has the good sense to play outside. She does however, get a little too excited and ends up bouncing her ball a little too high. Kayal chases the ball around the park, follows it up a lamp-post, pursues it into a random terrace, but it’s all in vain. Neither Kaayal nor the people she meets in the park can catch it. THAT BALL IS JUST TOO DARN CRAZY!

One of the reasons I really wanted to write this book was because I liked the idea of things happening in a counting book. I liked the idea of a counting book packed with action, and I thought it would be nice to set it in the Anna Nagar Tower park in Chennai. The second reason I really wanted to write it was because I liked the elaborate backstory I made for Bounce -- almost all my stories have a backstory that I keep to myself and don't really share with anyone. But since I’ve been asked to write about Bounce, I can tell you that the events in the book actually take place inside Kaayal’s head. She’s re-living one of her fondest memories just as she goes into surgery. Kaayal drifts into her happy-place after the anesthesiologist asks her to count backwards from ten. But there’s no need to worry about Kayaal, she’s just having her tonsils removed, and she's going to be just fine.

I wrote Bounce the way I would write a comic. I scripted it, treated each page as a panel, and made sure the pages in the script were fluid and jelled well together. But if I'm being honest with you, Reshu Singh did almost all of the work. She designed the pages wonderfully, made sure the illustrations in successive pages went well together, chose an amazing colour palette, and even made sure the angles and trajectory of the bouncing ball were accurate. It's often the smallest details that set a book apart, and with Bounce it's the purple lines that show the trajectory of the bouncing ball. The reason the purple lines are so important is because they kind of guide the readers eyes through the book, and they also make it possible for the book to be read backwards. Shinibali (the guest editor) suggested we make it an ascending and descending book, so we designed the book in such a way that it could be read from front and from behind. 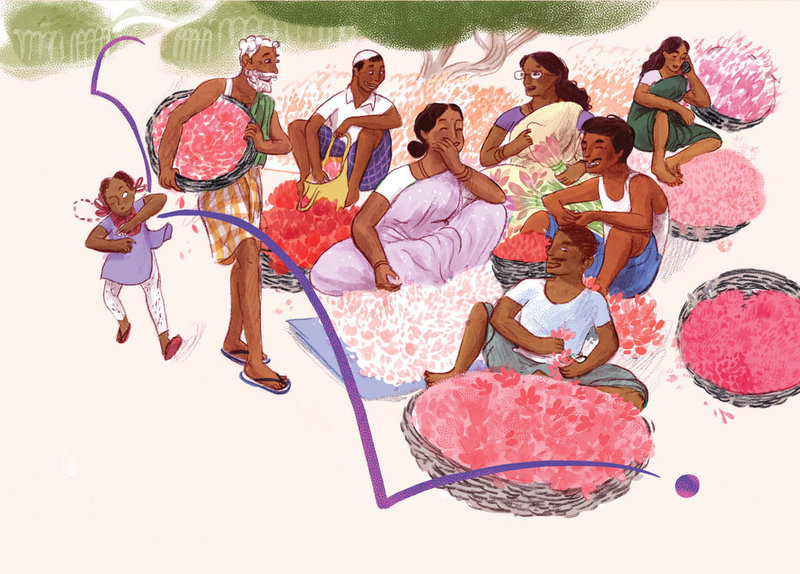 There are few times in life where it's okay to paraphrase Hannibal (not the roman guy, the guy from the A-Team). This book was one of those times. Bijal commissioned it over cake, Shinibali's inputs were wonderful, and Reshu Singh's illustration's can only be described as kick-butt-ninja-lion. On the whole, the book sort of just came together. And I love it when a book comes together. #hannibalmisquotes #a-team

If you’ve made it this far, and are still with me, be sure to check out Bounce!

A-Team - An amazing show about renegade army peeps. It aired in the 80s.

Kick-butt-ninja-lion - A high praise reserved for all things amazing.