A former software professional, Rajani Muralidhar developed a keen interest in children's literature while reading to her own children over the last few years. The lack of contemporary original content in Kannada for children piqued her interest towards writing for her own children in Kannada.

In this bilingual blog post, Rajani writes about Dr. G.P. Rajarathnam, author, lyricist and poet from Karnataka and how his work inspired her to write poetry in Kannada.

Kannada Rajyotsava, commonly known as Karnataka Formation Day, is a state public holiday observed annually on November 1st. On this day in 1956, the Kannada-speaking areas of South Western India combined to establish the state of Karnataka. It is a day to celebrate the rich and varied culture and heritage of this state.

In the whole state of Karnataka, Rajyotsava Day is observed with great jubilation and vigour. On this day, the red and yellow Kannada flags are raised at several key points around the state, and the Kannada national hymn ("Jaya Bharatha Jananiya Tanujate") is shouted, giving the entire state a joyful appearance. While youngsters in many places participate in processions in their automobiles, the flag is flown at political party headquarters and in some communities. The Rajyotsava is observed by Hindus, Muslims, and Christians alike regardless of religion.

There is no better day than this to remember Dr. G.P. Rajarathnam, author, lyricist, and poet from Karnataka, well-known for composing children’s poems. 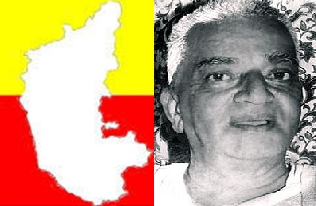 The following was remarked about Rajarathnam by an Indian author, scholar, and translator Ambale Ramakrishna Krishnashastry – “With his forceful exposition, brilliant personality, a smiling face, and good conduct, the student following he has attained is something to be proud of. A teacher who earns the respect of his students is a puṇyavanta and his students are blessed. A teacher like Rajarathnam who could nurture and bring out the latent talent present in the students is indeed rare. The writings were written by his students which he has published under the title ‘ಕಾಲೇಜು ಬರವಣಿಗೆ’ (College Writings) bear testimony to this. Due to his untiring efforts, so many starlings became visible and shone even in the daylight.”

The beautifully written and easy-to-comprehend short Kannada poems by Dr. Rajarathnam are widely loved by children and serve as ideal Kannada Rajyotsava poems.

Dr. Nissar Ahmed, also an eminent author and poet in the Kannada language, once quoted, “Dr. Rajarathnam understood the minds of children and their needs. Some of his works have remained a challenge for translators even today". Such is the quality of Dr. G.P. Rajarathnam’s poetry.

A form of self-dissolution is necessary in order to comprehend and respond to the impressionable brains of youngsters. It requires a review of who we are from an objective, external viewpoint. Rajarathnam was partly destined to have this. Every child’s initiation to language in school begins with nursery rhymes. Similarly, initiation to Kannada in school always begins with one of Dr. Rajarathnam’s poems.

It is no unknown that the growth and development of a state are in the hands of its children who grow up to be future citizens. Therefore, it is crucial to inculcate in the minds of children, a feeling of pride and fondness for their cultural and lingual roots. Kannada Rajyotsava poems and Kannada Rajyotsava song lyrics by Dr. Rajarathnam are thus, the best options to start with!

Dr. Rajarathnam started writing poetry for children several decades ago by accident. The story goes that his father worked as a Kannada teacher in a school and was unwell for a few days. Dr. Rajarathnam had to work in his place as a substitute teacher for 2nd-grade children. He was appalled by the poems taught to small children in school. The same evening, he sat thinking after a walk near a lake at the foothills of Chamundi hills in Mysore and wrote his first story in the form of a poem ‘Bannada tagadina tutturi’. He introduced this poem to his students in school and it was an instant hit. Thrilled with its popularity, he also taught this poem to the children in his neighbourhood. He continued writing more short Kannada poems for the children. A publisher in his neighbourhood noticed his work and asked him to write a collection of children’s poems, which went on to be published as a book. Thus, began his journey as a writer.

Some of his popular poems are taught in schools even today:

The list goes on. In all, Dr. G.P. Rajarathnam wrote more than 100 poems for children. Apart from ‘Bannada Tagadina Tutturi’, my personal favourites are ‘Kuriya Mari Byaa’ and ‘Kallu Sakkare’ because of their natural rhythm and funny sounds in between that children love.

While going through the works of someone as versatile as Dr. Rajarathnam, it is natural to find lyrics or pieces of poetry that serve as ideal Kannada Rajyotsava Quotes. Dr. Rajarathnam has composed over 230 pieces of work with more than 300 publications under his pen name Bhramara, meaning “Bee”. Hence, you may rest assured that your child will not only enjoy reading his poems but will also take on some quotes from his work, that will stick with them for years.

When my daughter was 3 years old, I started reading English books to her extensively to keep her entertained and develop the habit of reading. After a few months, I noticed an unexpected fallout of this habit. She had stopped conversing in Kannada, her mother tongue. The more I tried, the less she spoke in Kannada. Dr. Rajarathnam’s poems came to my rescue. One day, she sang ‘Bannada Tagadina Tutturi’ in school after learning it from her older brother. The appreciation that she got in school opened the doors to her conversing in Kannada again. This made me realize the power of poetry as a tool for learning.

Inspired by Dr. G.P.Rajarathnam’s style of writing stories as poems, I started writing in Kannada for my children a couple of years ago and the first of my rhyme and rhythm stories is available in Story Weaver: ಅಚ್ಚುಮೆಚ್ಚಿನ ಸಂಗಾತಿ- A story about a little girl’s quest for a pet. You can read the English version of the story here.

A beautifully illustrated book of the short Kannada poems ‘Bannada Tagadina Tutturi’ and ‘Namma Maneyalondu Sanna Paapa’ written by G.P.Rajarathnam is available in StoryWeaver. You can read the book here. 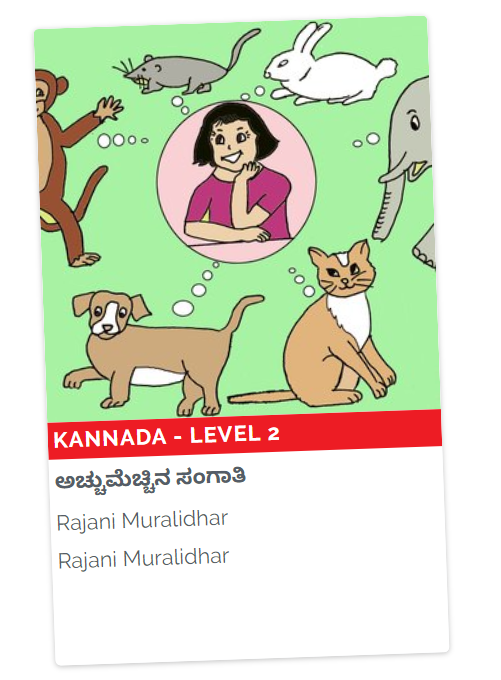 A beautifully illustrated book of the poems ‘Bannada Tagadina Tutturi’ and ‘Namma Maneyalondu Sanna Paapa’ written by G.P.Rajarathnam is available in StoryWeaver. You can read the book here. 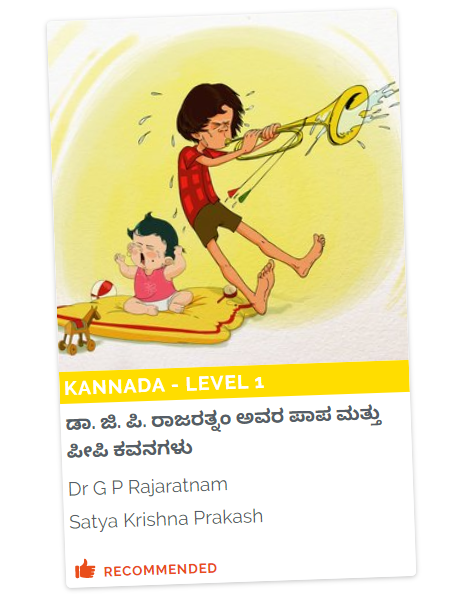 There are several delightful poems beautifully written by other well-known Kannada poets that are illustrated and available on the site. Check these out to find the best Kannada Rajyotsava poems for yourself and your kids!

Celebrate Kannada Rajyotsava by enjoying these classic Kannada poems with your little ones!