Over the last couple of years, our team at Pratham Books has been focussing on creating simple and engaging picture books that explore STEM (Science, Technology, Engineering and Math) concepts. There is a dearth of interesting information books for early readers in India - especially across Indian languages – and we have actively been trying to bridge that gap. Within two years, we have created around 300 multilingual STEM books (available for free on www.storyweaver.org.in), and also set up STEM libraries around the country.

Having had such a strong focus on STEM, we were delighted to be invited by The Asia Foundation to participate in their e-book hackathon in Phnom Penh, Cambodia, which was aimed at creating openly-licensed STEM books in their local language. Like in India, there are very few children’s books in Cambodia that explore STEM topics imaginatively, and the hackathon was a step towards reducing that gap. Over two days (Aug 19-20, 2017), several local writers, illustrators and designers collaborated to make picture books that were centred around STEM topics. The ‘Let’s Read E-book Hackathon’ was also an attempt at identifying young professionals in the publishing sector, and nurturing their skills.

My role, as an editor from Pratham Books, was to offer editorial guidance over the 2-day event. I got the opportunity to discuss some of the key observations that we had made at Pratham Books while creating STEM-based picture books. In essence: what are the crucial things to bear in mind while creating STEM books for early readers, and what works. Here's what Melody Zavala (Director, Books for Asia) said about the hackathon, "The Asia Foundation uses 'e-book hackathons' to drastically reduce the time and resources needed to produce beautiful, illustrated children’s books on topics missing from the commercial market. We were thrilled to draw on Pratham Books’ experience with STEM titles. In Cambodia, only 3 percent of university students choose to study STEM subjects, according to the Ministry of Education, Youth & Sport. We hope this can be changed by stimulating interest at a young age through fun storybooks."

It was fascinating to watch writers and illustrators work so closely, constanly exchanging ideas and refining the narrative as they progressed. We watched as illustrators brought characters to life, developed storyboards along with their writers, and sketched eye-catching book covers. While the foundations of the book were being laid out, many fundamental questions were tossed around, which eventually helped each story evolve: Is the the title too revealing? Did the perspective of each illustration make sense? Is the illustration merely reflecting the text, or is there scope for additional detail?

Interacting with an enthusiastic group of writers, editors, illustrators and designers gave me plenty of time to reflect on the entire book-creation process, and I returned home feeling rather inspired and rejuvenated. Helping create simple and fun STEM books at Pratham Books has been both challenging and full of discovery, so it was gratifying to be able to share those experiences with others who are also trying to make reading more inclusive. It was also heartening to see some of the Pratham Books titles being distributed at the event and that too, in their local language! The Asia Foundation team had translated several of our titles into Khmer. As a multilingual publisher, nothing gives us more joy!

The 8 local-language books that were created during the 2-day Hackathon will soon be available for free on Let’s Read! - a digital platform that empowers underserved communities in Asia to build digital libraries in their own languages.
You can read more about the STEM hackathon here.

This post was written by Yamini, a Consultant Editor at Pratham Books who represented Pratham Books at the 'Let's Read! E-book Hackathon' in Cambodia.

The Asia Foundation is an international nonprofit that helps societies work towards a peaceful, just, and thriving region, and currently works to improve the standard of living across Asia, from Sri Lanka to Mongolia. Improving literacy levels is integral to the work the organisation does, and they have spearheaded a number of programmes across the region to this end.

One such initiative is Let’s Read!  which pledges to provide storybooks to children across the continent. “Through technology initiatives and book donations, we help infuse students with a love of reading essential for literacy,” says Melody Zavala, director of the Books for Asia program at The Asia Foundation.

As part their Let’s Read! campaign, The Asia Foundation has created e-libraries that are accessible on any device. "The e-library works in low-bandwidth environments and doesn't require an active internet connection for reading and hence are able to reach children even in areas with poor bandwidth and infrastructure. Books available are in the mother tongue languages of the children. “We know that children learn first and best in their mother tongue. So we want to make local publications available to more children and stimulate their imagination in ways that can only be possible in a local context,” commented Melody.

To provide a wide range of these books, The Asia Foundation used the vast collection of stories available on StoryWeaver. “The translate tool on StoryWeaver attracted us, as once a language (e.g. Thai) is available on the platform, we can get stories translated and provide a large number of quality children’s literature to our partner schools,” shared Melody.

Being able to draw on StoryWeaver titles has been invaluable to the Let’s Read! initiative, shares Melody. The initiative incubates innovative digital, print, and community-based solutions to "improving access to high-quality children’s books in mother tongues and national languages and currently consists of integrated e-book library, translation, and content creation projects.

“So far, we’ve translated 9  titles into Khmer which are all available on StoryWeaver.  The stories are also available on our Cambodia project site, along with new stories created in Khmer by local authors and illustrators during our e-book hackathons." informed Melody. "In Cambodia the  Ministry of Education’s online education portal will also link to these stories, hence making them available to their 1.5 million followers. he stories will also be made to other Khmer educational apps and projects, including Khmer LEARN, which has 38,000 users, and the Library For All app, which is used in 5 rural schools 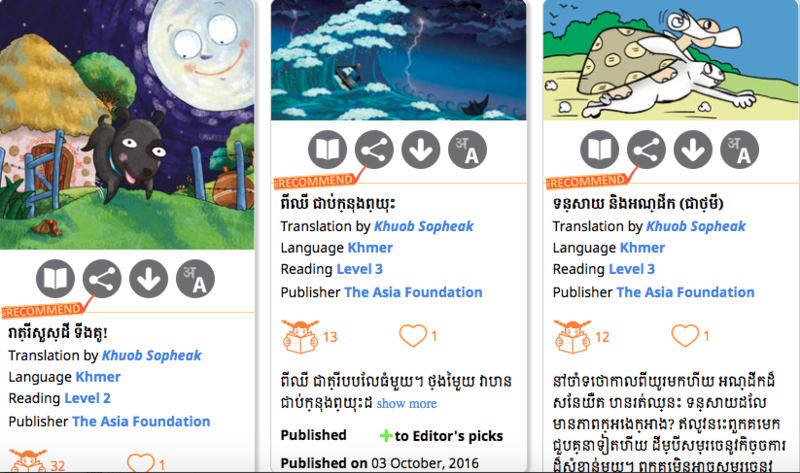 In Thailand, StoryWeaver content will be translated as a part of the Let’s Read initiative there that utilizes a suite of integrated smartphone apps – a translation tool and free story reader app  - to increase content in ethnic minority languages.  A Let’s Read! translation workshop  took place in Chiangmai, Thailand where 10 Pratham Books titles from StoryWeaver were translated from Thai into S’gaw Karen. The programme will initially be implemented in 10 villages and positively impact 1,000 children.  S'gaw Karen is spoken by over four million S'gaw Karen people in Burma, and 200,000 in Thailand. The Asia Foundation will be using their own Thai translations on StoryWeaver to create joyful reading material in S'gaw Karen. Content translation for programmes in Bangladesh has also been initiated." 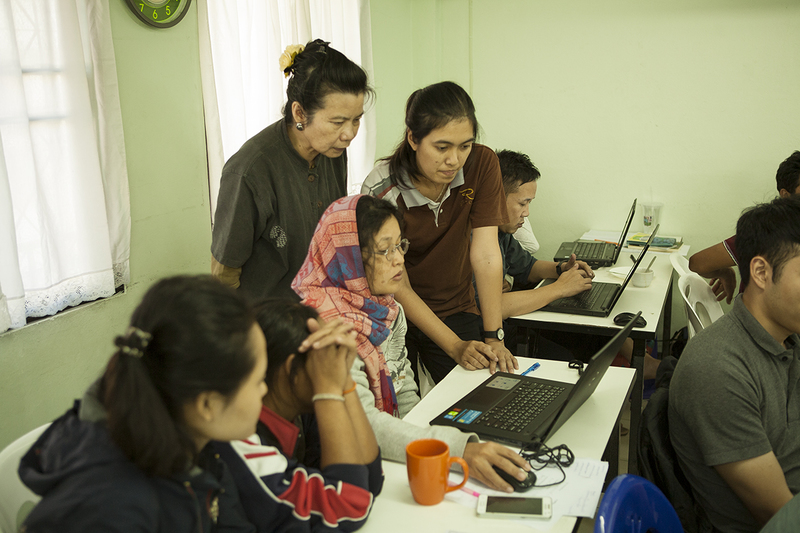 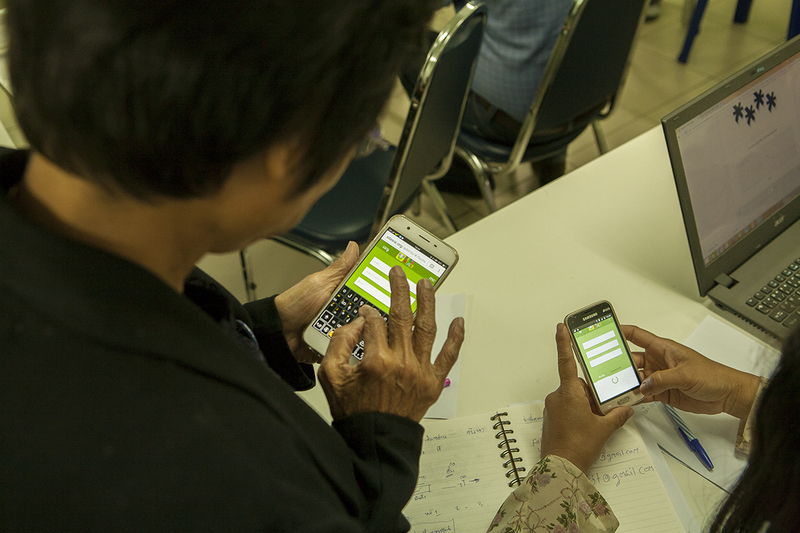 You can read the Khmer translations uploaded by The Asia Foundation here. Keep following us on twitter for more updates about our work with them.