If you grew up during the 80s and the 90s, you could not not have pored over copies of popular children’s (in today’s time it would have targeted the Young Adult category) magazine Target, published by the India Today group. A constant companion during long train journeys, sultry afternoons during summer vacations, copies of Target magazine were zealously guarded from annoying friends with borrowing-but-not-returning habits. Along with a slew of reader contributions, in-house features (anybody remembers that fantastic page dedicated to pen friends?) Target ran a bunch of popular comic strips including Detective Moochhwala by Ajit Ninan, Granny’s Gupshup by Praloy Chakravorty, It Happened in History by Renuka Narayanan. But perhaps the most memorable character remains Gardhab Das, a kurta-pajama wearing, harmonium wielding donkey, who was also an unemployed music teacher. 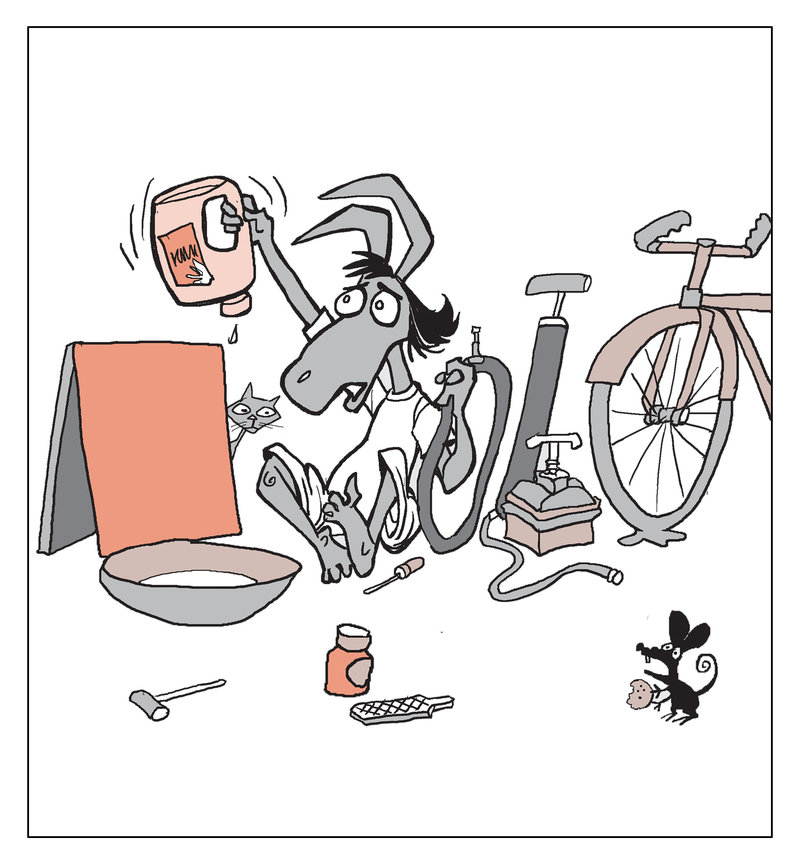 Co-created by cartoonist brothers Neelab and Jayanto Banerjee, Gardhab's favourite weapon for “mass destruction" was his singing talent or the lack of it. His singing mostly landed him in trouble, but sometimes it also got him out of sticky situations.

And bringing back the charm of Gardhab Das and the nostalgia associated with him is Jayanto with his newest creation for Pratham Books: Gadbad Das, son of Gardhabh, a millennial of sorts, but unfortunately for him, musical talent is still not in his genes. Gadbad lives in small town India. Like his pa, Gadbad is a terrible singer too. Everybody knows this, except him! Gadbad does various odd jobs to survive and solves his problems musically mostly. Like in his debut book — No Water for you, where Gadbad has to fix a puncture in his cycle shop, but he has run out of water. Off goes Gadbad to find some water, but it’s not as easy as you’d think.

Gadbad’s creator Jayanto, who has, post Target, done stints at India Today, Times of India, and Hindustan Times as a cartoonist, tells us why he decided to resurrect Gardhab Das into our lives again with his mini-me: Gadbad, reminisces about Target days and creating an iconic cartoon character.

What was the original inspiration for the Gardabh Das comic strip that ran in Target from 1980s to early 90s?

To do that I will have to go back to that era. This was the late 1980s and the editor of Target was Rosalind Wilson, a British lady. She wanted an Indian cartoon strip to be created as a double spread in the magazine and Neelabh and I met with her to discuss the possibility of creating a comic strip once in three months. Her brief to us was very clear, “It should be about your life [ we were from Lucknow], the comic strip needs to have a small town feel to it. We thought about it and decided that unlike every other comic strip that had superheroes, our hero basically would be a loser. He would be terrible at singing and unemployed and that kind of gave us that a fertile space to create really funny situations that protagonist Gardhab Das keeps getting into.

What was the appeal of Gardhab Das during his time?

Gardhab had to be an everyday character, and relatable to kids, their parents and grown ups as well. What was to be a three-monthly comic strip (featured as a double spread) soon became a monthly affair thanks to its immense popularity. In fact Gardhab became so popular that the comic strip became part of Target’s popular yearly diary, made it to annual issues and even got its own digest. There was a point in time when Gardhab was going to be killed off because its illustrator Neelab (Jayanto claims his brother was much better at creating Gardhab than him) had decided to move on, but the then editor Vijaya Ghosh insisted that Jayanto continue with the comic strip and it had another successful run for the next few years until the magazine shuttered.

What inspired you to create Garbad Das for Pratham Books? How is Gadbad similar or different from the legendary Gardabh Das?

Initially while discussing with the Pratham Books editorial team we wondered whether we should bring back the original Gardabh Das for the book. But we realised that Gardabh belonged to another era and we wanted to contemporise the character even though father and son have the same talents. Hence we decided to introduce Gadbad Das, son of Gardabh Das, a character who was born after the year 2000. Even though Gadbad might be contemporary, the look and feel of the character and the setting are more small town than metros. A hand pump, a very rare site in big cities is still prevalent in small town India. But water and water shortage is a common problem that plagues the entire country.

Jayanto hopes that Gadbad Das can become a series and become as popular as his illustrious father. Characters such as RK Laxman’s Common Man and the Amul Girl have grown on us, and are still going strong, so why not Gadbad Das, says Jayanto.

SO MANY MORE STORIES READ: 2 MILLION READS ON STORYWEAVER

Posted by Priyanka Sivaramakrishnan on April 08, 2019 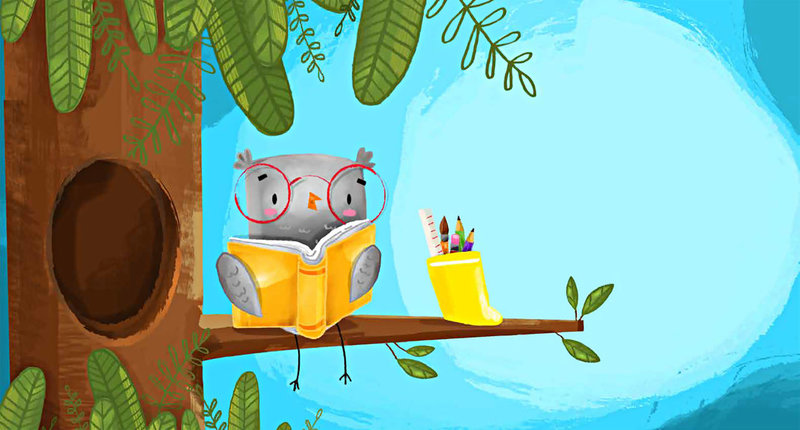 This illustration has been created by Megan Potter for Shongololo's Shoes

It was less than a year ago that we were still reeling from the fact that we hit a million reads on StoryWeaver and here we are, once again, as summer rolls in that we’ve added another million to our counter! What a year it has been following Tenzin and Tashi as they figured out science problems, swimming in the dark waters with Maisha and her friend Uchli the flying fish, doing the funky dance with Gappu, and other such adventures.

A big THANK YOU to our amazing partners and community across the world for being such an integral part of what we do. It's your stories, your translations and your unwavering belief that all children should have access joyful stories in their mother tongues that have helped us celebrate so many milestones. Without your support and goodwill we wouldn't be where we are or having so much fun doing what we do!

We are excited to embark on the journey to the next million with you all.